ICE and the Future: Low Carbon Renewable Fuels and… Hydrogen? Internal combustion. This sophisticated process is the very foundation of mobility and the industrial age around the world. It is based on the simple concept of fire: chemical changes to release energy. Combust a fuel source in a vessel to create heat and pressure, and then harness that energy to do meaningful work.

Many kinds of fuel sources are used in internal combustion engines (ICE). Gasoline engines use spark plugs to ignite a mixture of air and gasoline, or a mixture of gasoline and ethanol. Diesel engines combust diesel fuel and/or mixtures of biobased diesel fuels and petroleum diesel. Natural gas and propane are ICE fuels in a gaseous state. When fuels combust, the chemical reaction creates heat and pressure, as well as byproducts of combustion known as exhaust emissions which are treated with sophisticated treatment systems before being released to the air. A principal challenge of ICE technology is that petroleum based gaseous and liquid fuels release relatively more greenhouse gas emissions. Using renewable biodiesel fuels or renewable natural gas dramatically lowers GHG and most other emissions.

A new fuel getting more widespread interest for ICE is hydrogen. Long the focus of being an energy carrier in fuel cells, hydrogen is now getting more than a second look for use in ICE especially in some heavy-duty applications like large industrial engines, power generation, or even heavy-duty commercial trucks. 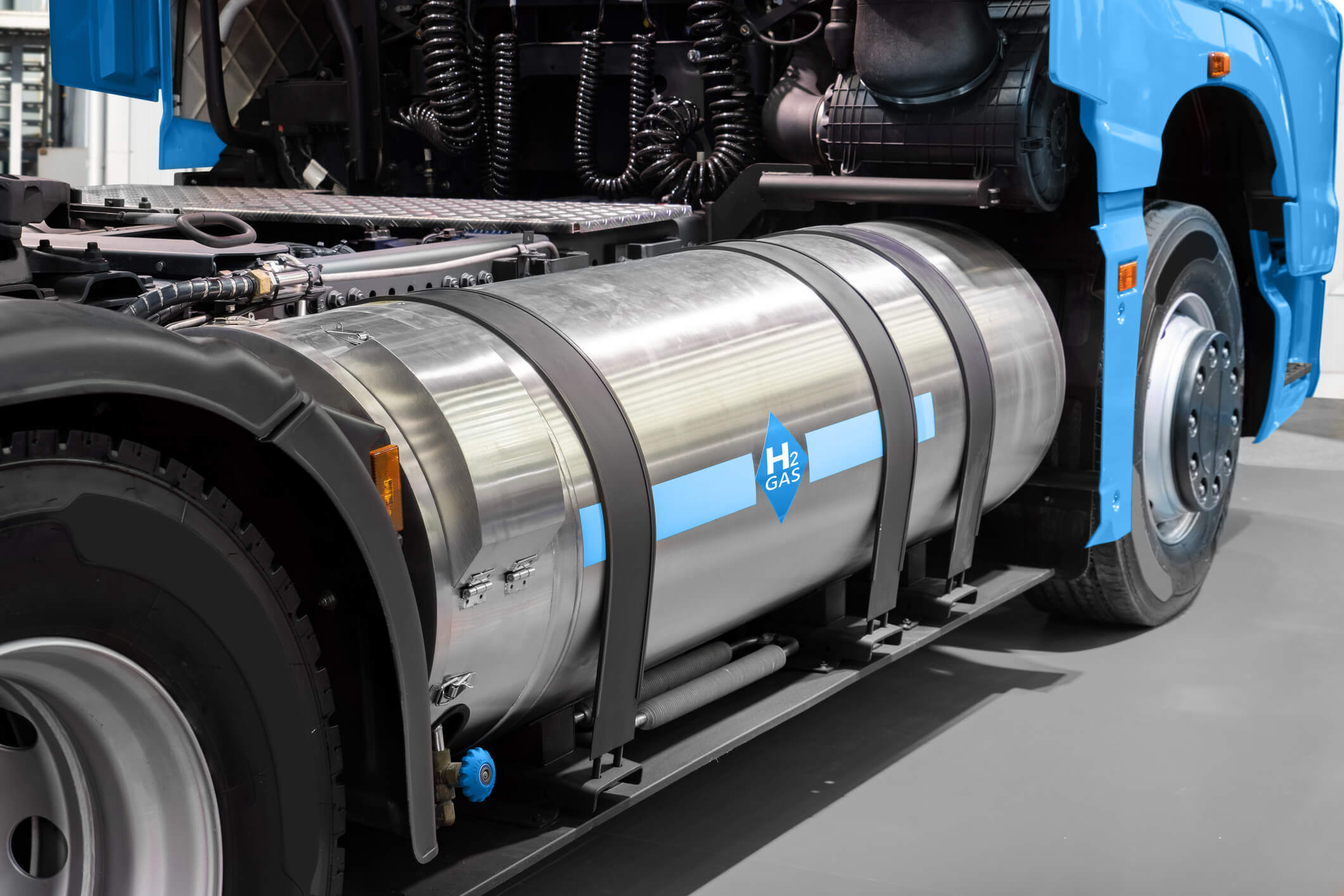 H2 is a secondary source of energy. That means it stores and transports energy produced from other resources (fossil fuels, water, and biomass). Hydrogen does not exist by itself; it has to be separated from the other elements with which it commonly combines. Hydrogen can also be produced by passing electricity through water, breaking the water into its constituent components of hydrogen and oxygen.  When the hydrogen molecules break off the water molecule, it releases energy that is captured and stored in batteries that can then power electric motors.

Hydrogen has a variety of industrial uses and is a key part of the fossil-fuel refining process. It has been used as a fuel in NASA spacecraft for more than 70 years. Hydrogen has enough energy density to function as a transportation fuel, but it needs to be compressed or cryogenically cooled. H2 is considered a zero-emission fuel since, when used in a fuel-cell vehicle, its only tailpipe emission is water vapor. It is viewed as a viable transportation fuel since it has the potential to provide relatively long driving ranges, as well as refueling times, comparable to conventional fuels like gasoline and diesel.

According to the National Renewable Energy Lab (NREL), most hydrogen production occurs by steam reforming natural gas. This process releases some carbon dioxide in the process that adds to the greenhouse effect. Hydrogen has a relatively high energy for its weight, but very low energy for its volume, so new technology is needed to store and transport it. And fuel cell technology is still in early development, so improvements in efficiency and durability are needed.

Enter the internal combustion engine. For heavy duty engines vehicles and equipment, hydrogen is of new interest as a replacement for diesel and natural gas because of its potential for zero GHG as well as much lower other emissions. Interest in hydrogen is keen because of the opportunity to use a proven and durable ICE technology with an established supply chain and installed base of manufacturing. In this instance, hydrogen ICE may deliver an important opportunity to achieve zero carbon emissions in hard to decarbonize sectors. ICE engines fueled exclusively on hydrogen reduce greenhouse gas emissions to zero, while ICE engines that also use a small amount of diesel fuel and primarily hydrogen (also known as dual fuel engines) reduce emissions by 60 to 90% depending on engine types and load factors.

Internal combustion engines are changing it up for the future, with a diversity of new and renewable fuels as dedicated fuels, mixtures, or blends. The opportunities to use these new and renewable fuels is rapidly increasing the sustainability factor of ICE, enabling it to play a key role in helping combat climate change, right alongside electric-powered technology. Tackling climate change is not a one-dimensional problem and won’t have a one-dimensional solution.