“The weather outside is frightful,” is part of a familiar holiday song this time of year but also a reality for 15 million people experiencing blizzard warnings for areas of Colorado, Montana, Wyoming, South Dakota, and Nebraska. The massive snowstorm that hit the west over the weekend now marches eastward after having dumped several feet of snow in the Sierra Nevada Mountain range. A few weeks ago, record snow hit the Great Lakes region amassing the highest totals on record for some areas.

Snow removal is serious business to state and local transportation departments, as well as airport authorities charged with keeping the transportation network open and accessible. They use a wide range of vehicles and equipment including standard dump trucks, backhoes, wheel loaders, and motor graders. Keeping roads passable ensures access for emergency and delivery vehicles, keeps our economy moving, and us mobile. 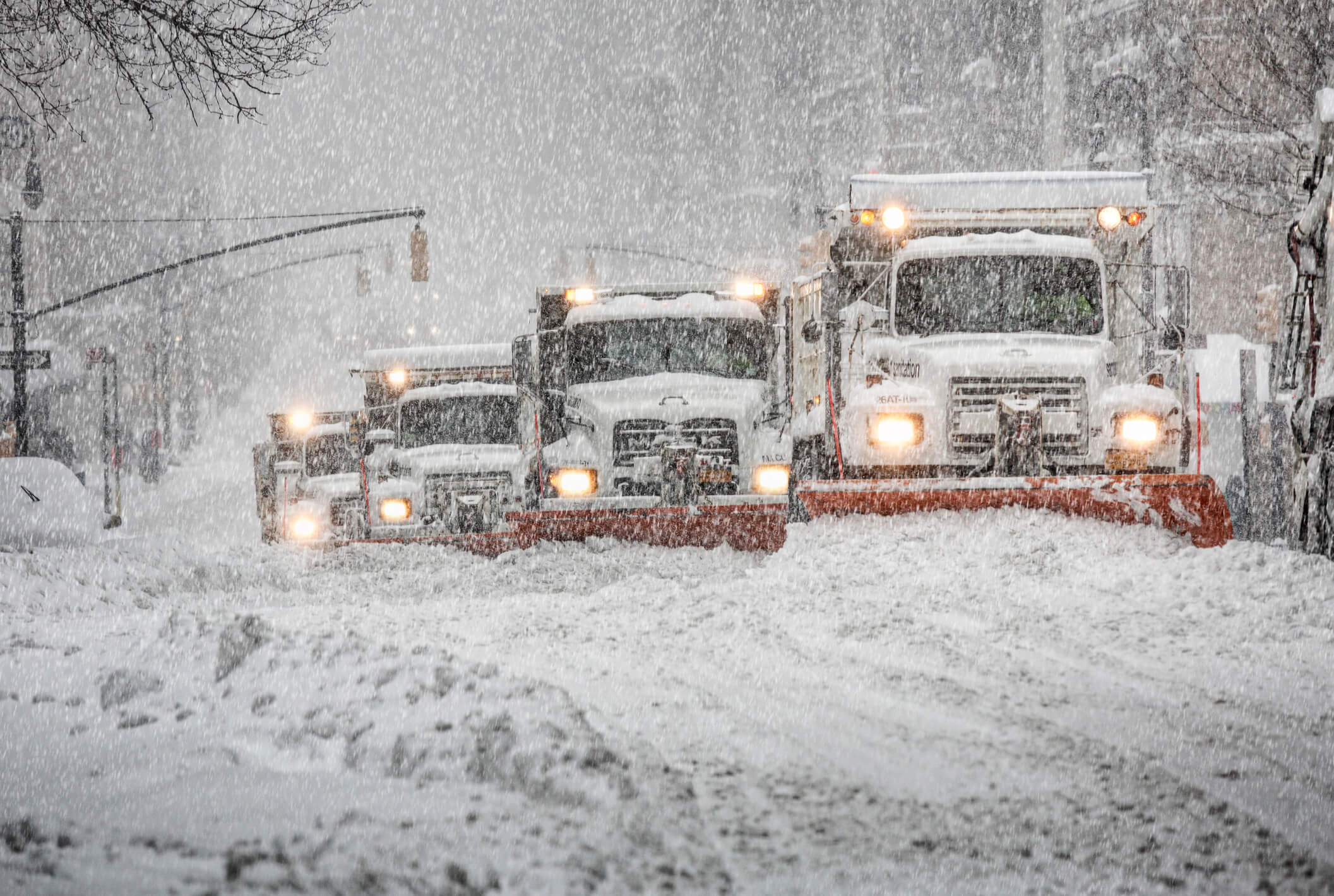 In deep snow and multi-lane road situations, highway departments often rely on a series of diesel-powered plow trucks working together in a staggered pattern to lift and roll the snow to the shoulder. The more it snows, the more passes plow trucks have to make to keep roads clear.

Anywhere snow fall deep and often, pushing snow off of roads becomes extra challenging when its depth is as high as the cab of the plow itself. This requires specialized heavy equipment. Wheel loaders – with buckets that can hold 10 or more cubic yards of snow scoop and dump deep snow. Giant snowblowers take snow removal to a whole new level. Essentially large versions of the kind homeowners use to clear a driveway, these typically have more than 2,000 hp on board in two diesel engines; one that powers the vehicle wheels itself, and another engine dedicated to powering the blower. You’ll see much of this specialized equipment out West in high mountain regions and clearing major airports in the country’s snowbelt. Its key advantage is the rapid removal and discharge of the snow far from the roadway or runway. 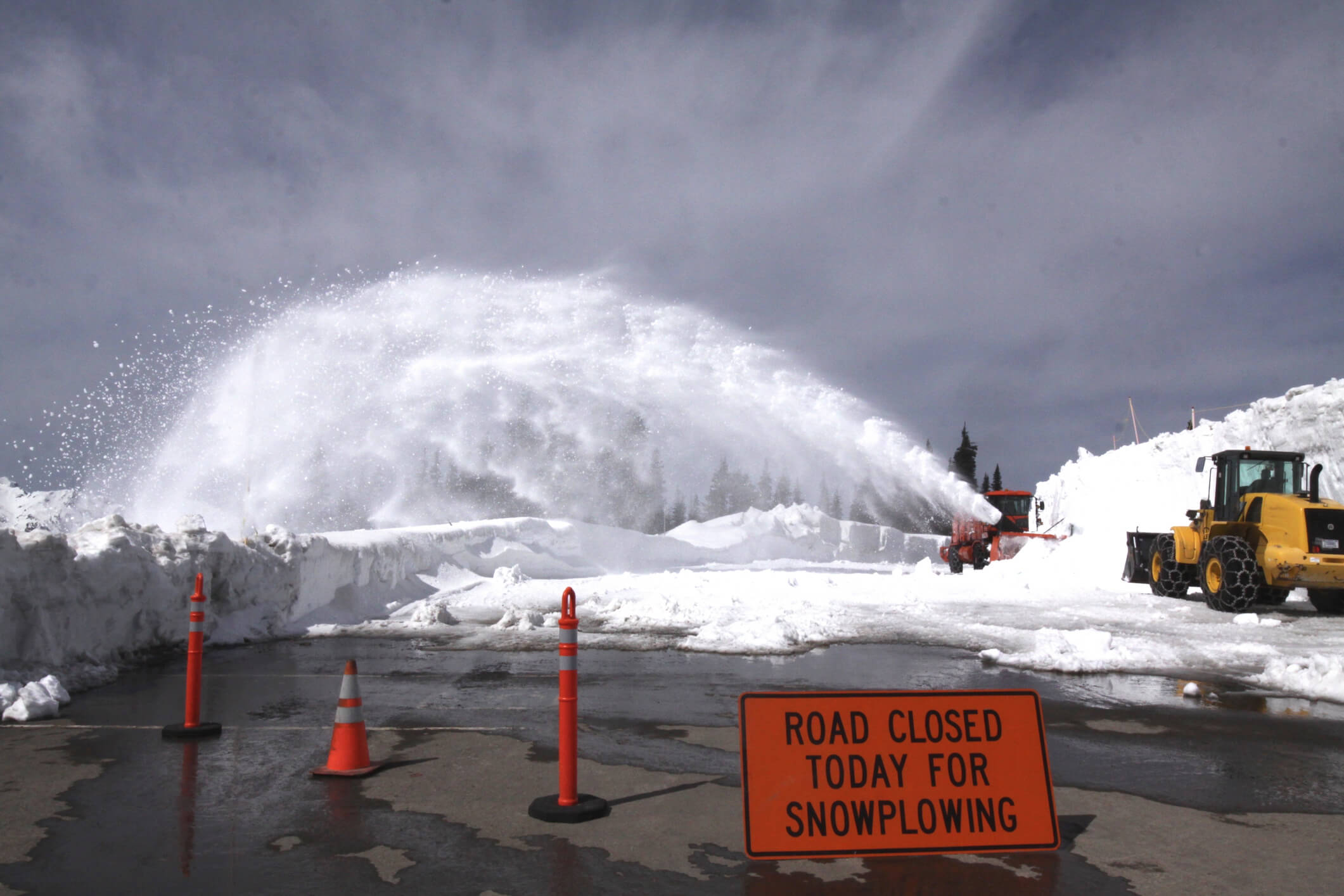 Farmers are often among those first up and out for rural snow removal because they have the equipment necessary, and are used to managing snow. They need access in all kinds of weather to feed and tend to livestock as well as keep their private roads open for milk trucks and other deliveries. For them it’s just another day on the farm since they have a variety of options at their disposal like snow blowers for utility tractors, front end loaders, skid-steer loaders with brush rollers, and more.

Diesel is the technology of choice for snow removal because of its power and efficiency; it generates more power than other fuel types necessary to power the vast array of vehicles and equipment used to move heavy loads of wet snow, such as in the series of highway plow trucks known as plow trains. Operating in extreme cold and harsh weather conditions, in isolated areas for extended amounts of time, would not be suitable for other fuel types.

So, the next time you encounter snow removal crews helping you reach your destination, know that diesel power helped get you there. 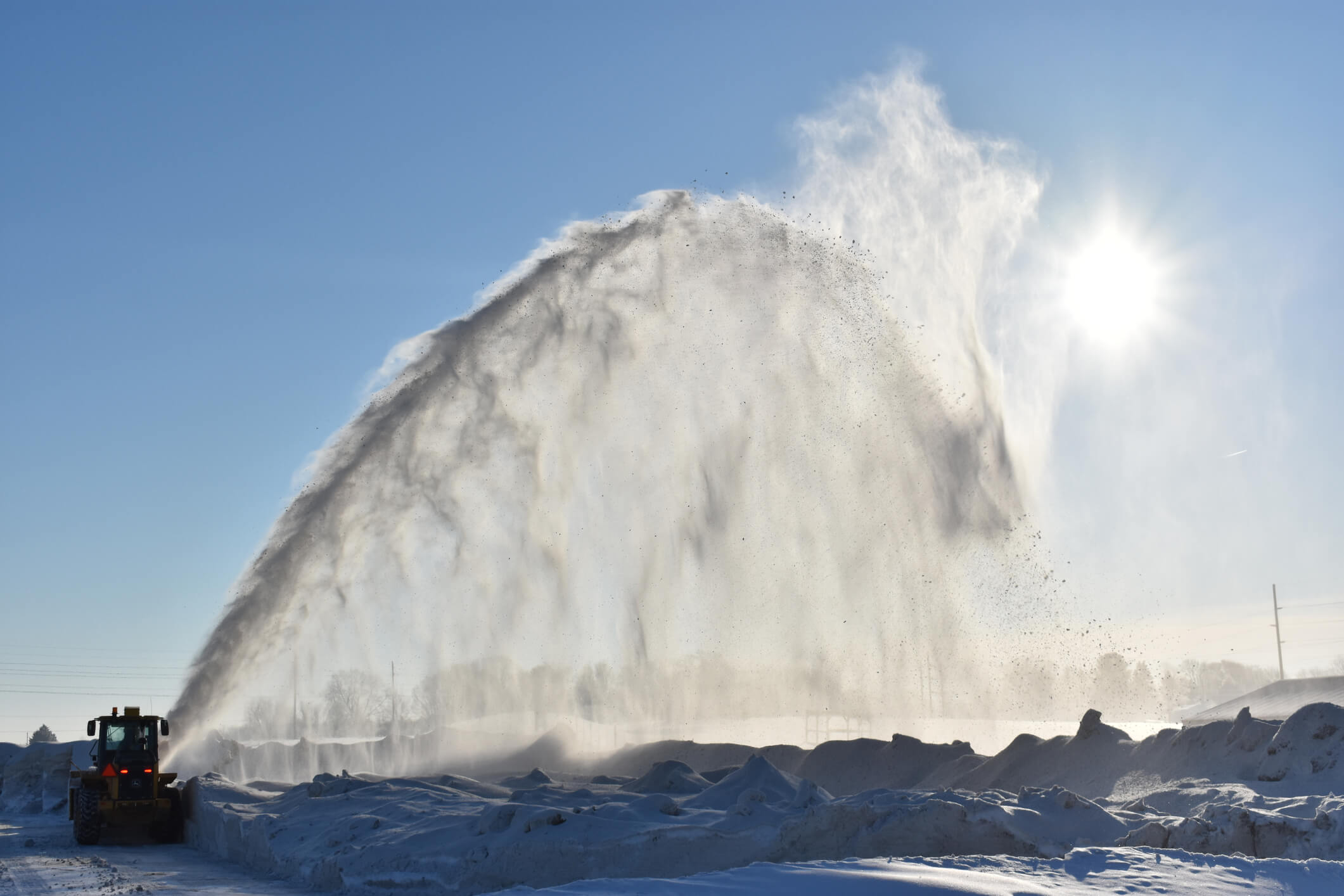